Notes from a Potter’s Workshop

Notes from a Potter’s Workshop 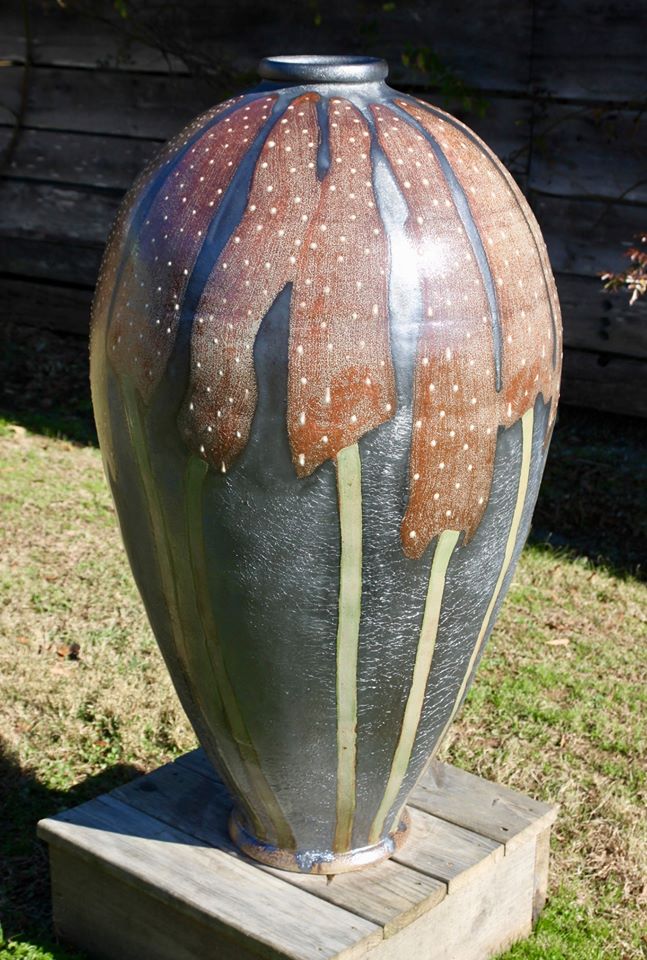 Mrs. Anson was somehow related to my eldest brother’s best chorister friend. Both are named Peter. Her ancestor, Admiral Anson, had fought alongside Lord Nelson at Trafalgar. Eventually it became my middle brother, James, and my turn to cycle out from school in Worcester to visit her in Kempsey, nestled in the Vale of Evesham. Her house was old, much older then she, made of stone and coated with a pebble stucco which was peeling off the walls in giant blisters. We’d arrive in time for Sunday lunch, roast chicken and gravy with potatoes and peas. She’d then produce double fist-sized meringues glued together with thick cream which were impossible to eat politely. Stuffed, we’d waddle out into her enchanting garden, formerly magnificent, but now slightly shabby. Wandering through rose arbors and peering over box hedgerows, we’d make for her huge bed of lupines standing proud against a south facing wall. It seemed like a magic carpet, big enough for all of us to climb on and fly away, from school, from adolescence, from all our cares.

She’d then gently invite us back inside for a game of Chinese checkers and tea, after which we’d bid our farewells, and ride our melancholy way back to the Severn, the cathedral, and constraint. 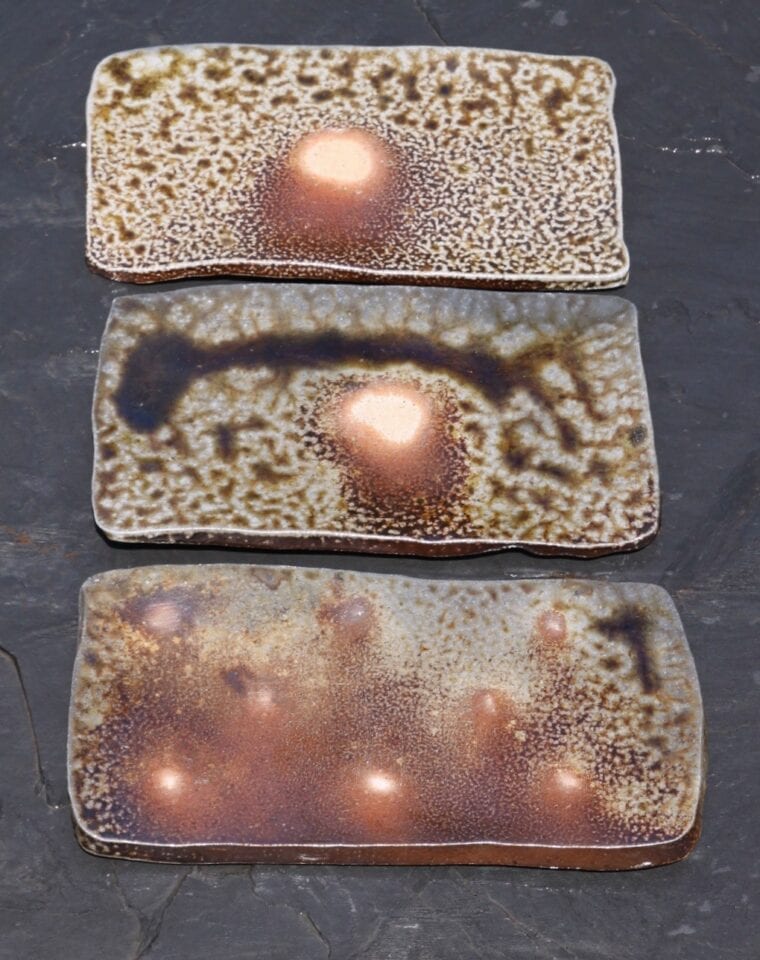 A study in contrasts

The rectangular plates are simple slabs, placed on the floor of the kiln underneath big stacks of shelves. At high temperature embers bank up nearby, and melt to form natural wood ash drips. We place smaller bowls on top of the slabs (or sometimes slabs on slabs), and shadow markings are created by the small wads of refractory clay used to separate the items.

They’re literally painted by the fire, and this natural aesthetic, which has it’s origins in medieval Japan (with echoes in 19th century NC), provides an ideal background for presenting sushi, crudite, or moon pies.

Yes, the round plates and bowls are indeed a little giddy, particularly those with the pinks and greens, which take advantage of recently developed “inclusion stains,” providing potters a with new high temperature palette. I’m still getting used to the juxtaposition of the natural colors provided by the local clay and glaze materials, and these gaudy markings. But they are rather fun! 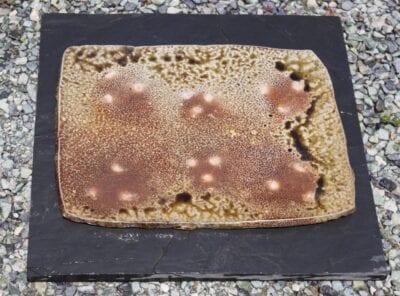 24/7 Online store. By appointment at the pottery.