Born in Stoke-on-Trent, England, Mark is the son and grandson of directors of Spode, the fine china manufacturers. As a student at Bristol University in the early 1970′s, Mark read Bernard Leach’s “A Potter’s Book,” and decided to become a studio potter rather than an industrial manager. This decision led to a three-year apprenticeship with Michael Cardew, and later another with Todd Piker in Connecticut, where Mark met his wife, Carol. 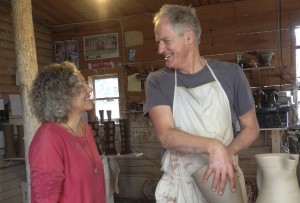 In 1983 they moved to Pittsboro NC and set up their pottery. Mark built a very large wood kiln and began making the distinctive functional pots for which he is known, specializing in very large planters and jars, along with finely made smaller items. He uses local clays and blends the different North Carolinian folk traditions together into a contemporary style that has attracted a sizeable following.

Mark’s work has been featured in numerous publications including the Smithsonian magazine, the cover of American Craft magazine, and he has written extensively in the ceramic press. Mark has exhibited in London, New York and Tokyo, as well as throughout the US. He is well-represented in museum and private collections.

In 2017 he curated a show and edited the accompanying catalogue/book  at North Carolina Pottery Center entitled Great Pots from the Traditions of North and South.

Mark and his work were featured extensively in the nationwide PBS TV series, “Craft in America,” and he recently had two major exhibitions of his big pots, the first, in 2010, at the Nasher Museum, at Duke University in Durham, NC, and the second, in 2011, at the Ogden Museum in New Orleans. 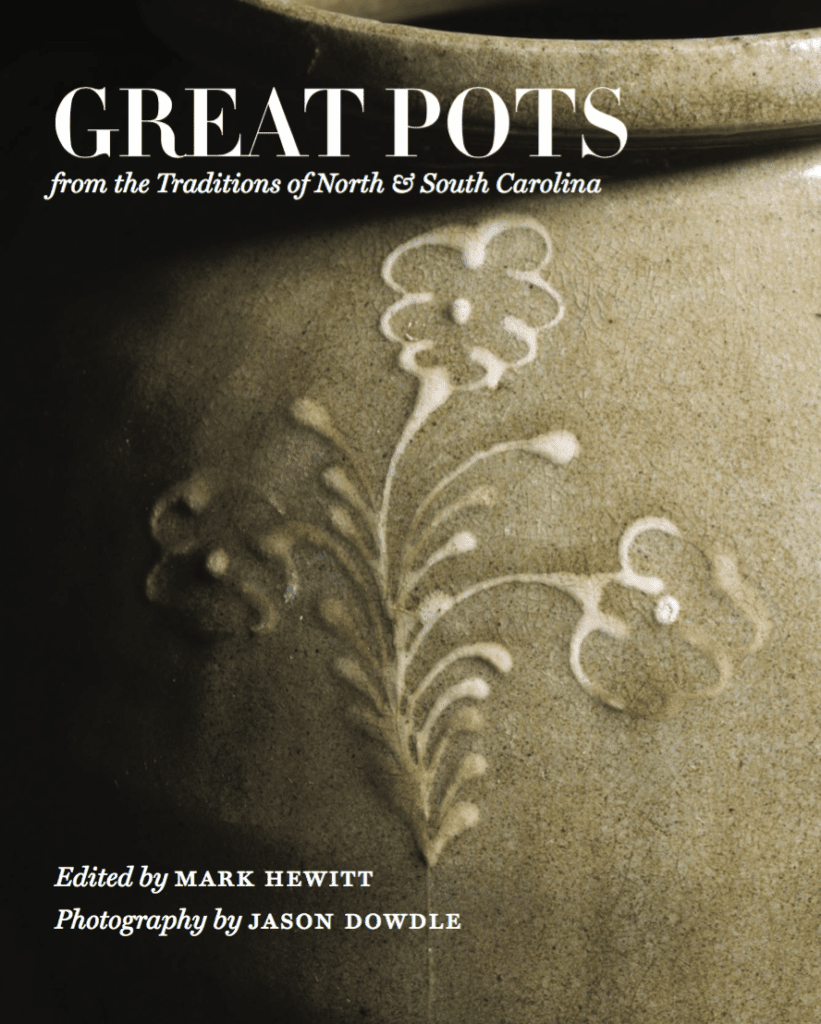 Mark has received numerous awards. In 2013 he received the Sam Ragan Award given by St. Andrew’s University in Laurinburg, NC for contributions to the Fine Arts of North Carolina. He was awarded the 2014 Voulkos Fellowship by the Archie Bray Foundation in Helena, MT for outstanding contributions to the ceramic arts. Twice, in both 2013 and 2014, he won Best In Show at the North Carolina Botanical Garden ‘Sculpture in the Garden’ exhibition. Mark was one of five finalists for the 2015 American Craft Council’s, “Balvenie Rare Craft Award,” receiving both a cash award and a trip to NYC to luncheon with Anthony Bourdain.

Mark is past President of the Board of Directors at the North Carolina Pottery Center in Seagrove, NC, and a member of the board from 2005 – 2018.

“We are fortunate that North Carolina continues to nurture pot makers and pot uses, and that the former have welcomed Mark Hewitt in their number. May the old jars continue to inspire him.”
–Louise Allison Cort, Curator for Ceramics, Freer Gallery of Art and Arthur M. Sackler Gallery, Smithsonian Institution, from her essay, “Asian Ancestors,” published in “Mark Hewitt: Potter,” catalogue to his exhibition at North Carolina State University, Visual Arts Center, October-December 1997.